Our bride and groom had less than a month to get out the invite's, plan the entire weekend and find their vendors. Normally, not easy.... but this B&G had a secret weapon, DAD & MOM. They got on the phone and booked the resort they had always enjoyed "The Avila Beach Resort" Alex and her crew are really great to work with and very strong service pro's. This is one of many of the Rossi groups properties and to say it's beautiful there on the edge of the golf course by the ocean is an understatement. They decided on one of our favorite caterers GCR Catering with Chef Mike Foley. They also went with a wonderful photography duo From "The Collective" with William Mckeen and his partner. So to that point they were doing really well, a solid group of people who are total professionals. Then as I was setting up for the ceremony, I met the officiant. He was 6 foot 6 and clearly an athlete who looked so familiar, when I discovered who he was, I remembered having his baseball card when I was a kid when he played for the Cubs and twins as a Big league pitcher. The reason I'm not telling you his name is that his life just as it was back then, is service to his church now and the ceremony was too good, too personal and too warm to not make that the point. He had known the Bride her entire life and was so important to this Family that that he drove from Visalia to be there for her after his second service of the day.
The stage was set for a truly wild, fun and even unexpected evening. The energy these two families had was off the charts, they were bouncing in their seats to the background music and loving every minute. The volume of the conversations were loud and crazy from the first minute and carried all the way through dinner and into the traditional events. The first dance, The Father daughter dance and the Bouquet and Garter were perfect, each just as good as it could be. I know this sounds like I'm just making a big deal but it actually was just like it sounds. Then...............we met one of the Grandma's, she was a very conservative well dressed woman and very pretty. Normal right? yup..........until the music started and her inner freak let loose, WOW! she was pulling guys on the floor and just having a full blown dance party of her own. We gave her the nick name Lady GaGa and she was hilarious! by the end of the night everyone was calling her GaGa and she was just glowing with fun, the total life of the party.
This was the first wedding of the season for us this year and what a way to start the biggest year yet! Stay tuned we're just getting started!
Posted by Unknown at 4:42 PM No comments:

Most Saturdays you can find us presenting the entertainment for a Bride and Groom on their long planned Wedding Day. While the season in getting here quickly we actually booked a party for very sweet 10 year old Named Sophie. All throughout the night we ran interactive games and fun stuff for all the kids. Sophie's Mom and Dad did a great job of making sure the kids always had something going on, with a special request menue from Sophie featuring silver chaffing dishes full of chicken strips and Pizza presented by Bill and the staff at San Luis Obispo Country Club.
I know, a kids party is not a big deal right? This one was different in a very special way. There was another young lady there (about 10 as well) who had special needs although I couldn't tell. I played music to fit the vibe of "good clean fun" and there again not an unusual group of kids. I noticed however that during all the games and all the dancing and all the fun, Sophie, our Birthday Girl made sure that the other little girl we referred to was not only involved but really part of everything. The smaller kids in the room were even carried by the 10 year olds durring some of the games to make sure they were involved as well. Maybe it's me but the rest of us could take a look and realize we aren't born to be self centered and buried in our own interests, these kids had a blast and didn't know what they were showing was the best form of really caring about people around them.
I had a great time, every time we go out it's something different and Sophie is one cool kid.
Posted by Unknown at 9:34 AM 1 comment:

The best thing about being a DJ is the energy you get back from the clients we work for. I came home smiling last night because the energy was incredible. 170 sets of tickets were sold for this night and all 340+ people were ready to have fun. These kinds of events are becoming big all over the West Coast and Pismo Beach is a great example of what happens when a recreation department is headed up by a team of great people both regulars and volunteers. Colleen and her crew spent two days setting up the Veterans Memorial Building (with a 16 foot tall Eifel Tower which we lit up with pink light and laser effects from the stage, String lights across the entire venue strung by "Gustavo the Great" and then hundreds of pink, black and white balloons.) Gourmet cup-cakes and tons of door prizes enhanced the event. From the minute Dad's and Daughter's began to arrive, the dance floor went off with a huge mix of great and sometimes emotional Father/Daughter dedications throughout the night. We normally have a few crowd games ready to go but this time we needed almost none because the dance floor was packed all night.
We had Police Officers, Fireman, Active military, City leaders, Chamber of Commerce, even Dr. Patel our great local dentist was there. Professional photography was provided by Tom Meinhold and his daughter and we can't wait to see the pics. This was a great time in a great city and we're very proud to be a part of it. 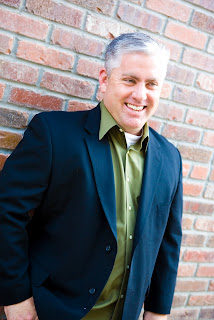 Posted by Unknown at 1:59 PM No comments: